Posted on June 6, 2020 by Saint Barnabas Anglican Church of Seattle

The Sunday after Pentecost is celebrated as Trinity Sunday in honor of the mystery that God has revealed himself as both one and yet also three. Pondering the life of Jesus, his followers wrestled with the fact that Jesus prayed to God his Father and yet said “I and the Father are one.” John 10:30. How could Jesus and the Father be one? And how did the Holy Spirit fit in, sent from God the Father in Jesus the Son’s name? John 14:26.

It was (and is) one of the most basic beliefs of Judaism that there is only one God. Deuteronomy 6:4. Christians do not deny this, but they have to deal with the witness provided by the life of Jesus and the coming of the Holy Spirit. An analogous situation occurs in physics. Electrons behave both as particles and as waves depending on the particular experiment being conducted. No one knows how anything could be both a particle and a wave, but that is how electrons behave. The physicists’ answer for now is to acknowledge the paradox and give it a name, the wave-particle duality.

The Church came to a similar conclusion. After trying out various ideas (three Gods: no; three parts of God: no; three aspects of God: no), finally it was decided to simply acknowledge the paradox and give it a name, the Trinity. To talk about the mystery, the Church needed some more terminology. There is one God, that was straightforward. But there are three what? That was more of a puzzle. The Latin Church settled on the word “person,” coming from a word that originally meant an actor’s mask but meaning by extension a character or (what we would call) a person. So today we speak of three persons of the Trinity, the Father, Son, and Holy Spirit. On this Trinity Sunday, we celebrate the mystery though we do not pretend to understand it.

The celebration of Trinity Sunday is a gift from the Anglican Church to the world. When he was ordained Archbishop of Canterbury on the Sunday following Pentecost in 1162, Thomas Becket’s first act was to order an annual celebration of the Trinity on that Sunday. When Becket became famous throughout Europe, this practice spread. Why did Thomas Becket become famous? He had a bitter feud with the English king, Henry II, and was finally assassinated in his cathedral at Canterbury by some of the king’s knights. He was widely seen as a Christian martyr and a symbol of the rights of the Church against the power of kings. He was canonized as a saint and a shrine was established for him at Canterbury. The setting of Chaucer’s Canterbury Tales is a group of pilgrims on their way from London to that shrine.

Come join us on Sunday anytime between 10 a.m. and Noon as we continue our drive-through Eucharist. It takes only a few minutes and you don’t have to leave your car. 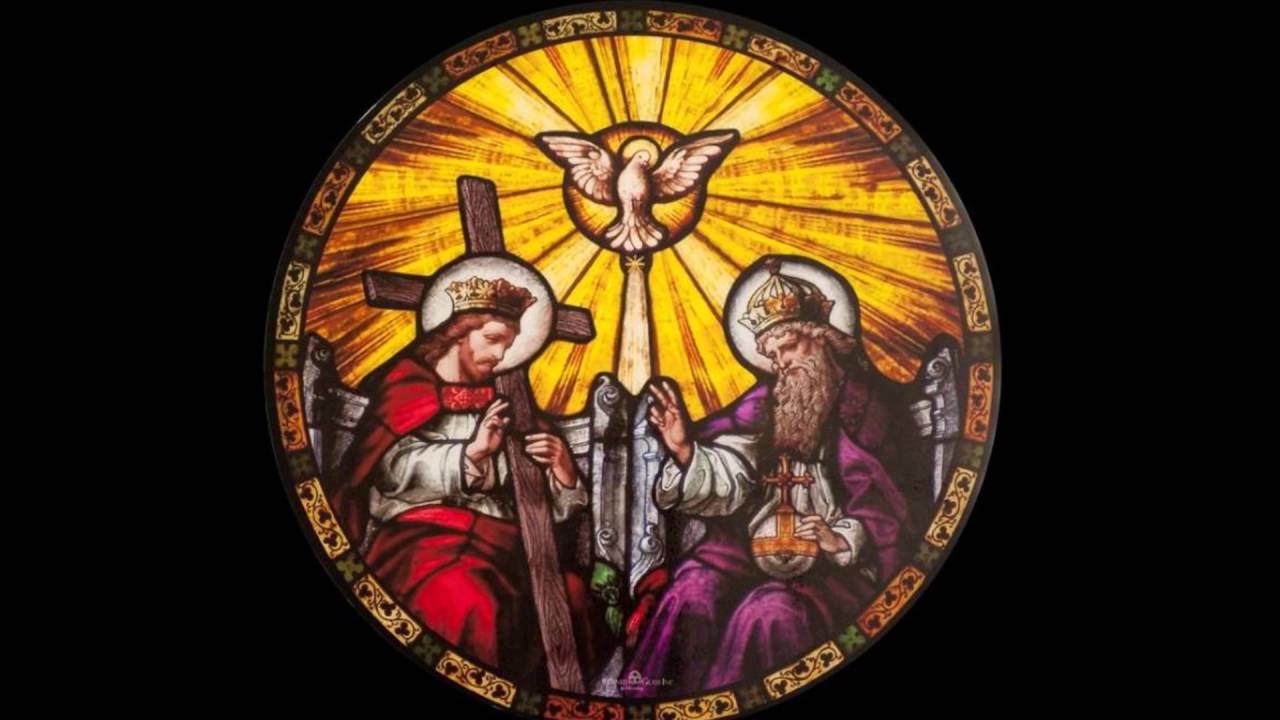