Posted on April 23, 2019 by Saint Barnabas Anglican Church of Seattle

He is Risen Indeed!

The traditional greeting of Christians to celebrate Easter is “He Is Risen!”  Jesus had lots of good moral ideas, but he said some odd things too.  He said he was the Son of God, he predicted that he would be killed in Jerusalem, and (most odd of all) that after three days he would “rise again.”  Even his closest followers didn’t know what that meant.  When Jesus was arrested they scattered and hid from the authorities.  Then on the third day it was reported that his tomb was empty.  Where could he be?  Then he appeared, alive, to his followers.  This was no resuscitation:  he had truly been dead (one thing the Romans knew how to do was to kill people).  So what did this mean?  Jesus said he had overcome death and that his followers, even though they would die, yet would they live.  A life beyond death!  A life beyond sin and evil!  A life with God!  Jesus’ rising to life after death showed that these things were possible.  That’s why Christians rejoice and say, “He Is Risen!”  Join us and learn about this new life. 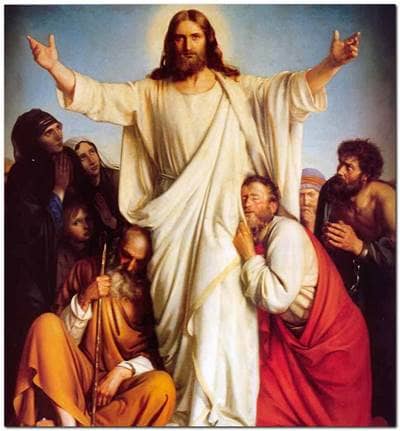