Posted on October 30, 2018 by Saint Barnabas Anglican Church of Seattle 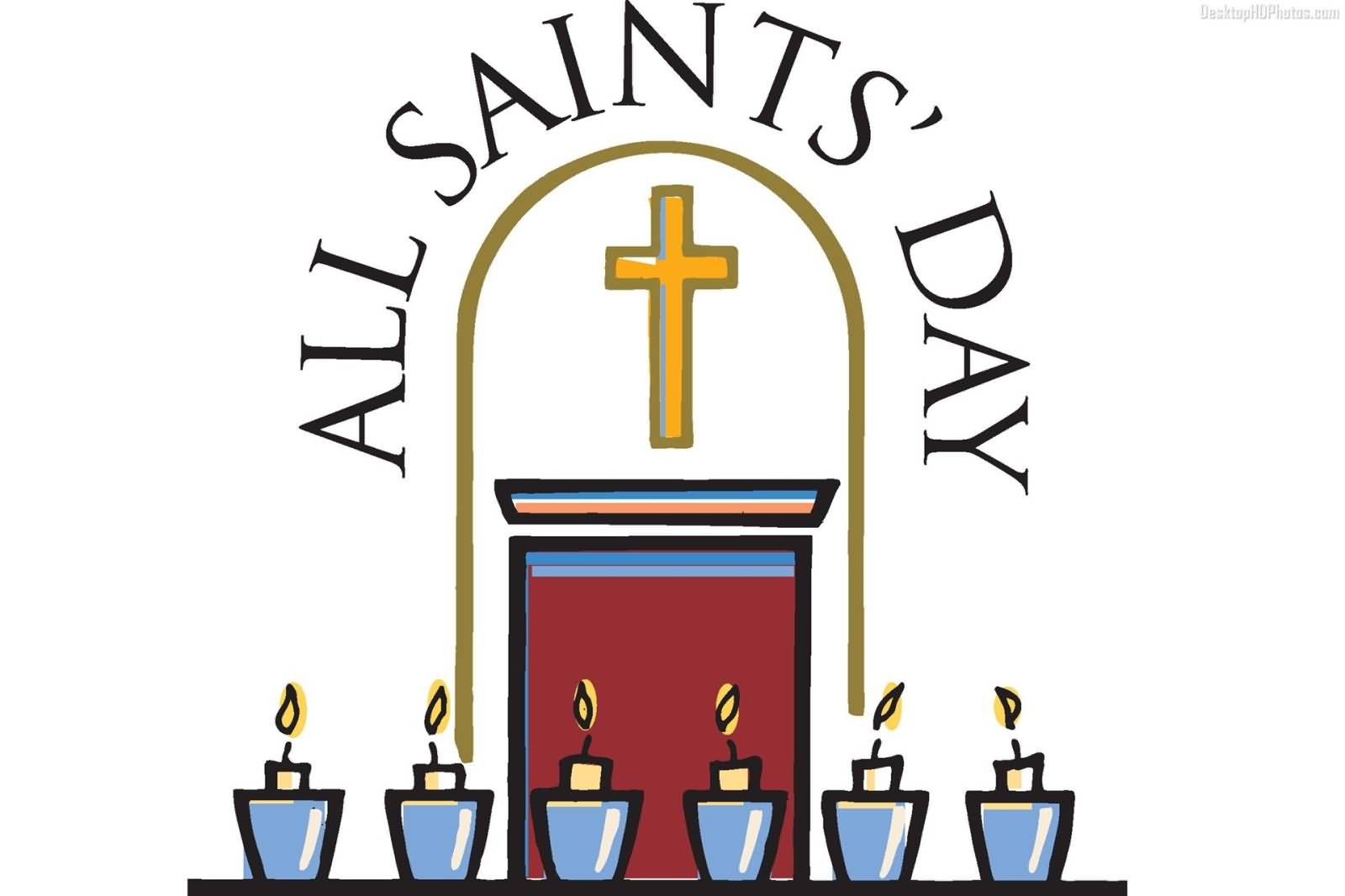 Join us for a service of communion on All Saints Day. Our service will be held at St. Barnabas at Noon on November 1, 2018.

A collect for All Saints Day:

O Almighty God, who hast knit together thine elect in one communion and fellowship in the mystical body of thy Son Christ our Lord: Grant us grace so to follow thy blessed saints in all virtuous and godly living, that we may come to those ineffable joys which thou hast prepared for those who unfeignedly love thee; through the same Jesus Christ our Lord, who with thee and the Holy Spirit liveth and reigneth, one God, in glory everlasting. Amen.

It is believed by many scholars that the commemoration of all the saints on November first originated in Ireland, spread from there to England, and then to the continent of Europe. That it had reached Rome and had been adopted there early in the ninth century is attested by a letter of Pope Gregory the Fourth, who reigned from 828 to 844, to Emperor Louis “the Pious,” urging that such a festival be observed throughout the Holy Roman Empire.

However, the desire of Christian people to express the intercommunion of the living and the dead in the Body of Christ by a commemoration of those who, having professed faith in the living Christ in days past, had entered into the nearer presence of their Lord, and especially of those who had crowned their profession with heroic deaths, was far older than the early Middle Ages. Gregory Thaumaturgus (the “Wonder Worker”), writing before the year 270, refers to the observance of a festival of all martyrs, though he does not date it. A hundred years later, Ephrem the Deacon mentions such an observance in Edessa on May 13; and the patriarch John Chrysostom, who died in 407, says that a festival of All Saints was observed on the first Sunday after Pentecost in Constantinople at the time of his episcopate. The contemporary lectionary of the East Syrians set a commemoration of all the saints on Friday in Easter week. On May 13, in the year 610, the Pantheon in Rome— originally a pagan temple dedicated to “all the gods”— was dedicated as the Church of St. Mary and All Martyrs.

All Saints’ Day is classed, in the Prayer Book of 1979, as a Principal Feast, taking precedence of any other day or observance. Among the seven so classified, All Saints’ Day alone may be observed on the following Sunday, in addition to its observance on its fixed date. It is one of the four days recommended in the Prayer Book (page 312) for the administration of Holy Baptism. 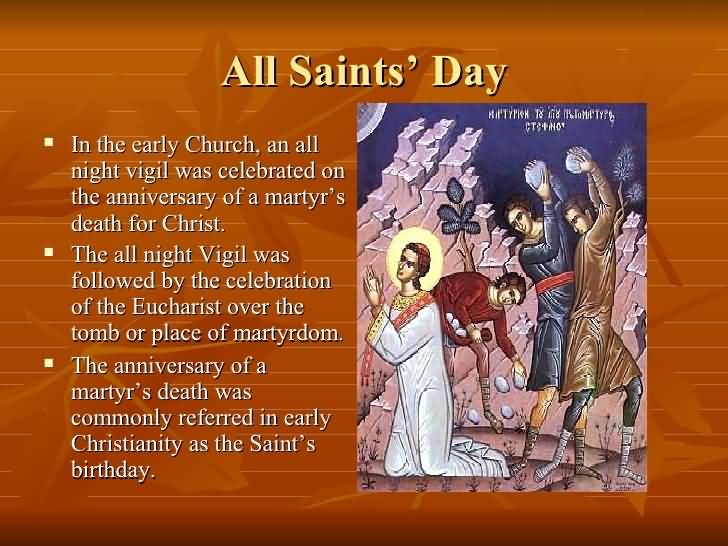