Posted on August 29, 2018 by Saint Barnabas Anglican Church of Seattle

Our discussion with Anaiah, an educated Jew from the 500’s B.C., continues.

St. Barnabas Blog:  Last time, we talked about Moses, a child of the enslaved Hebrews, raised by a royal Egyptian princess, exiled from Egypt.  God revealed himself in a burning bush and instructed him to return to Egypt and set his people free so that they could return to the land promised to their ancestor Abraham.

Anaiah:  Right, and the story goes on to describe how Moses followed God’s instructions, returned to Egypt, and after a series of signs and wonders from God, persuaded the king (Pharaoh) of Egypt to let the Hebrews go.

Anaiah:  You mean, did this really happen?  I will give my usual answer:  yes though the details may be colored by tradition over hundreds of years of re-telling.  One point I must insist on, though, and that is the last of the signs, the one that finally made Pharaoh relent.

SBB:  What was that?

Anaiah:  Despite a series of plagues involving vermin, disease, and darkness falling over the land, Pharaoh remained stubborn and refused to let the Hebrews go.  Finally, God gave notice of the worst plague of all:  the first-born of all Egypt, people and animals, would die in a single night.  The Hebrews could protect themselves only by putting the blood of a lamb on their doorposts so that the Destroyer would “pass over” them.  That event, as you probably know, is commemorated in the annual Jewish observance of Passover. 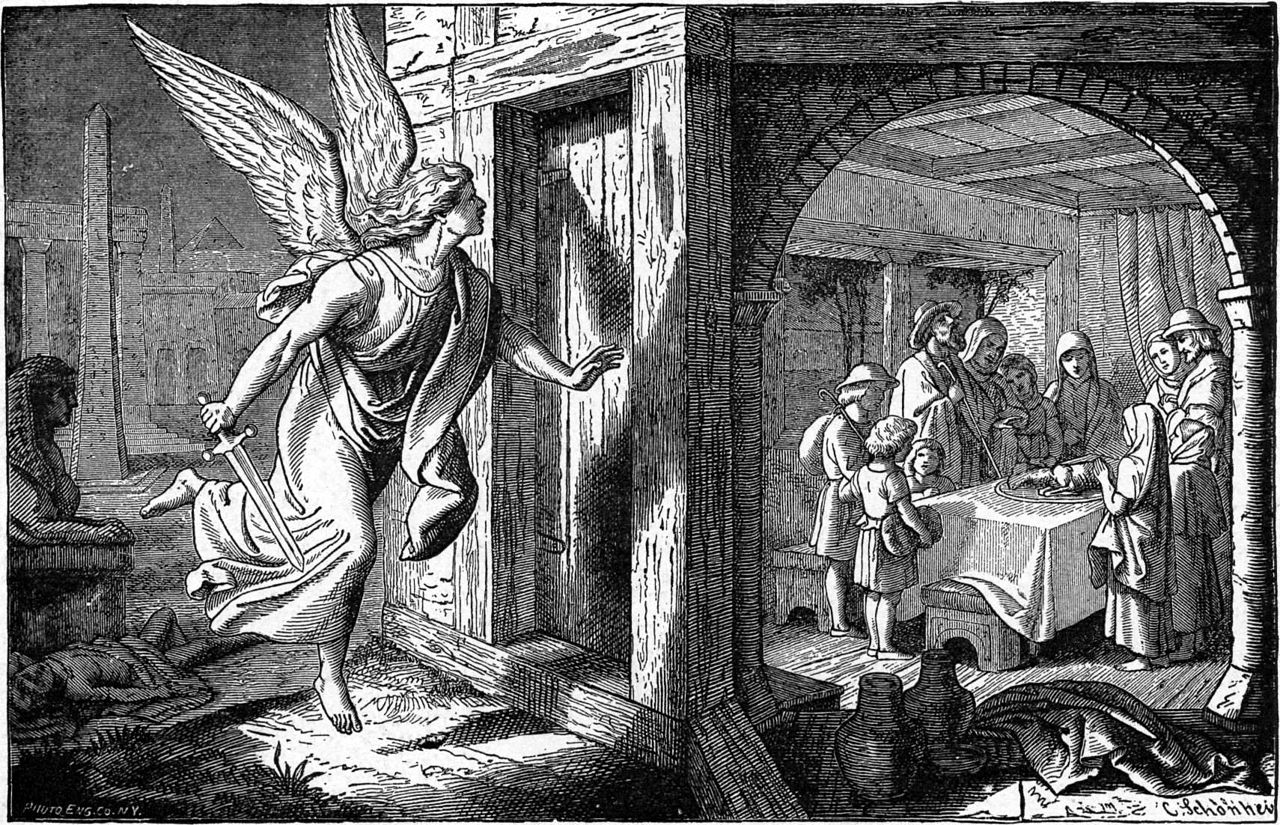 SBB:  Why do you insist on that particular sign?

Anaiah:  In doing so I do not mean to deny the reality of the rest, but the commemoration of Passover (as we shall see) follows God’s command and the final sign directly furthered God’s announced plan to bring the Hebrews back to the Promised Land.  Passover is so deeply bound up with our identity as a people that it is hard to imagine that it was simply invented.  Beyond this, it is not the sort of thing that one would invent.  The other signs resemble natural events.  Egypt is periodically infested by flies, frogs, and other vermin, and it is darkened by sandstorms.  But sudden death of the firstborn, averted only by ritual sacrifice, seems different in kind, it has an otherworldly air, like a burning bush that is not consumed.  There is also a kind of irony that we have seen before.  This story began with the Egyptians ordering the death of Hebrew children, and their scheme has rebounded upon them through one child who passed through that peril.  Similarly, we saw that Joseph was attacked by his brothers and left for dead, but he ended up as the savior not only of his brothers but of his whole people.

SBB:  What do we learn about God from this story?

Anaiah:  We learn that God’s purposes are not defeated by human malice or errors.  We learn that God’s promise to the Hebrews is carried out in such a way that they must recognize their complete dependence on God’s free gift.  There is certainly no suggestion in the story that the Hebrews deserved to be saved for any conspicuous goodness of their own, or that their salvation was brought about by their own initiative.  To the contrary, they were saved only by their strict obedience to God’s command.  We learn that God’s actions have a certain pattern.  Abraham was instructed to sacrifice Isaac, but disaster was averted when God provided a ram for sacrifice.  Now in Egypt, the people are saved by sacrificing a lamb.  It is not anything that could have been predicted, but in retrospect a certain pattern emerges.  Finally, we learn that God’s loving purpose remains:  to save all people in the world through the creation of a particular people, the Hebrews, loyal to and dependent on himself.

SBB:  What happened after the Pharaoh decided to let the Hebrews go?

Anaiah:  They set off for the Promised Land, but had many adventures before they got there.  I’ll explain further next time.