WHO IS GOD? Part 16 (Moses continued)

Posted on July 27, 2018 by Saint Barnabas Anglican Church of Seattle

Long time readers of this blog will recognize that this is part of a series that has been on hiatus recently. Earlier posts can be found farther down in the blog. We have been trying to discern who God is by discussing how God is depicted in the Old Testament. Our interlocutor is Anaiah, an educated Jew from the 500’s B.C.
St. Barnabas Blog: We have been talking about Moses and his encounter with God in the burning bush as related in the Book of Exodus, Chapter 3. “Exodus” means “a way out” in Greek, by the way.
Anaiah: It is a good name for the story, because as you will see it has to do with the Israelites finding a way out of Egypt. But first, you had some questions about the encounter Moses had with God.
SBB: Yes. What was God doing in a burning bush?
Anaiah: Recall that God is not a physical being; indeed, he created the entire physical universe. So any encounter with God is going to be unusual, to say the least. God can choose how to reveal himself, so we are probably meant to ponder this appearance and what symbolic meaning it may have.
SBB: Do you see any symbolism in it?
Anaiah: I’ll tell you what I think. The story does not indicate that there is anything unusual about this particular bush. What makes it unusual is the fire within it, which burns but does not consume. This could be a symbol of the Hebrew people, who (certainly at this point in the story) are humble in the eyes of the world, but in whom lives the spirit of God. God is often likened to a fire (we will see that later) because he is awesome, gives life, and does not consume those whom he favors.
SBB: What was Moses’ response to this appearance?
Anaiah: He hid his face because he was afraid to look at God.
SBB: Is fear of God a good thing?
Anaiah: We need to distinguish two kinds of fear. First, there is the fear of injury in which God is regarded as an enemy or personal threat. Second, there is awe, the recognition that God is unspeakably great and that the proper response is total surrender to God’s will. It is clear from the story that Moses experiences what we may call holy fear.
SBB: What happened at the burning bush?
Anaiah: God sent Moses back to the Israelites in Egypt and revealed his name.
SBB: He introduced himself?
Anaiah: Much more than that. Remember that the term “God” is a generic one. In Moses’ world, different peoples claimed different gods. So it was not unreasonable for Moses to ask for more information about the God that was appearing to him. He said, “If I come to the Israelites and say to them ‘the God of your ancestors has sent me to you,’ and they ask me, ‘What is his name?’ what shall I say to them? God said, “I am who I am. Say to the Israelites, ‘I AM has sent me to you.’”
SBB: A curious name.
Anaiah: Indeed, and a mysterious one. Among other things, it appears to mean that God is not something that could exist or not, he is something that necessarily exists. You and I could exist or not, we exist because God, the source of all being, has caused us to exist. But the full meaning of the divine name is concealed from us, and to show respect we avoid saying it. Where it occurs in the Biblical text we usually substitute the word “Adonai” (meaning lord) for it. And your modern Bible translations continue this practice, using “LORD” (in all capital letters) where the divine name appears.
SBB: You said that God sent Moses to the Israelites in Egypt. For what purpose?
Anaiah: To bring them out, to return them to the land that God had promised to Abraham.
SBB: How did that work out?
Anaiah: That is a story for next time. 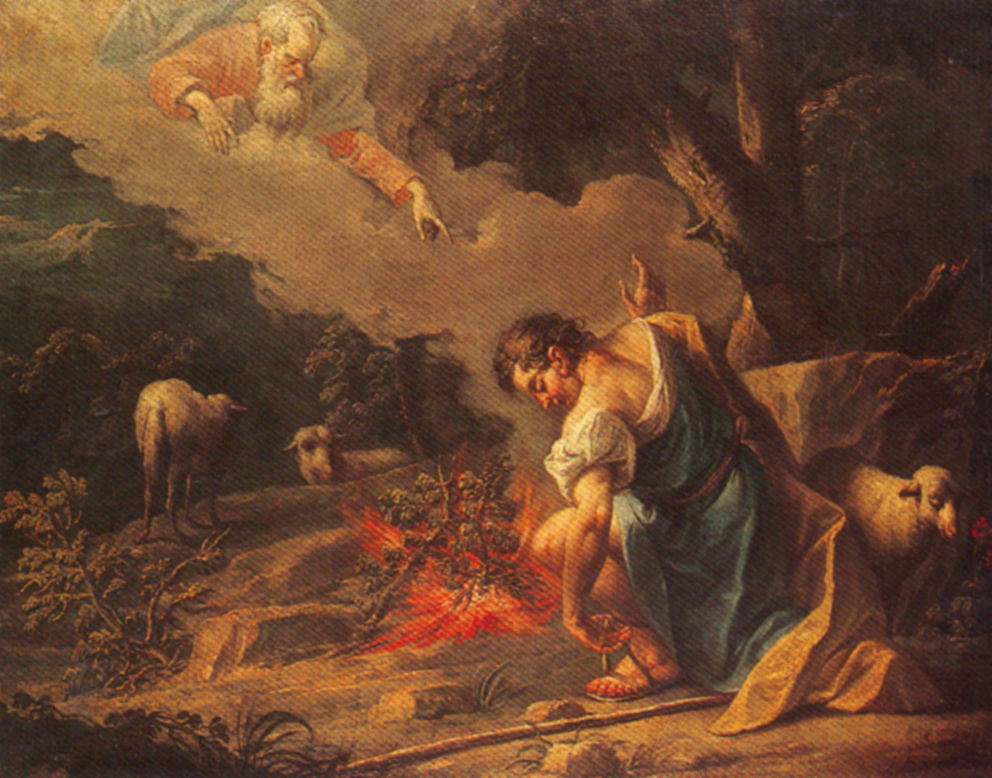