Posted on May 14, 2018 by Saint Barnabas Anglican Church of Seattle

Since Advent (four weeks prior to Christmas), our services have followed the Church Year in celebrating Jesus’ birth, his ministry of teaching and miracles, his betrayal, arrest, and death, followed by his miraculous resurrection and ascension.  Now we reach another high point of particular importance for the establishment of the Church.  Before his ascension, Jesus had told his followers, who were still generally timid and in hiding, to stay in Jerusalem until they had been given “power from on high.”

Jesus’ ascension took place 40 days after his resurrection.  Ten days after that was a Jewish religious holiday called Shavuot, which means “weeks” in Hebrew.  The holiday fell 49 days, or a “week of weeks,” after the day following Passover.  In Greek, the holiday was called Pentecost from the word for “fifty.”  Pentecost/Shavuot was an agricultural festival marking the beginning of the wheat harvest.  All Jews who could afford to do so went up to Jerusalem to give thanks to God for the “first fruits” of the earth.

On Pentecost/Shavuot, it was (and is) traditional to read the Book of Ruth.  This story concerns Ruth, a Gentile woman, who had married a son of Naomi, a Jewish woman.  When the man died, Naomi decided to return to her homeland and she counseled Ruth to remain, but Ruth, with touching fidelity, promised to follow Naomi, saying “your people shall be my people, and your God my God.”  Ruth followed Naomi to Bethlehem and, at harvest time, met and married a wealthy man, Boaz.  The great King David was a descendant of that marriage.  Thus the story of Ruth looked forward to a time when Jews and Gentiles would join together in worshiping the one true God.

On Pentecost/Shavuot, when Jerusalem was full of people, the followers of Jesus gathered together, presumably praying and wondering about this “power from on high.”  Suddenly there came a sound like a rushing wind, fire appeared over their heads, and they were filled with the Holy Spirit.  They were given power to speak in various languages about the Good News of Jesus.  The story of Ruth now had a greater ending because Jesus, born at Bethlehem, was a greater descendant of King David.  After receiving the Holy Spirit, Jesus’ followers spoke boldly and promptly made many converts to the new Church.

In England, Pentecost is often called Whitsunday because of the white vestments traditionally worn on that day. Whitsunday was also a popular day for Baptisms in England and Europe in general because temperatures at the Easter vigil were still chilly for full immersion baptisms. At the end of the end of the “Great 50 Days” (the time from Easter to Pentecost) the weather is usually a little more conducive to baptisms in cold English stone churches. 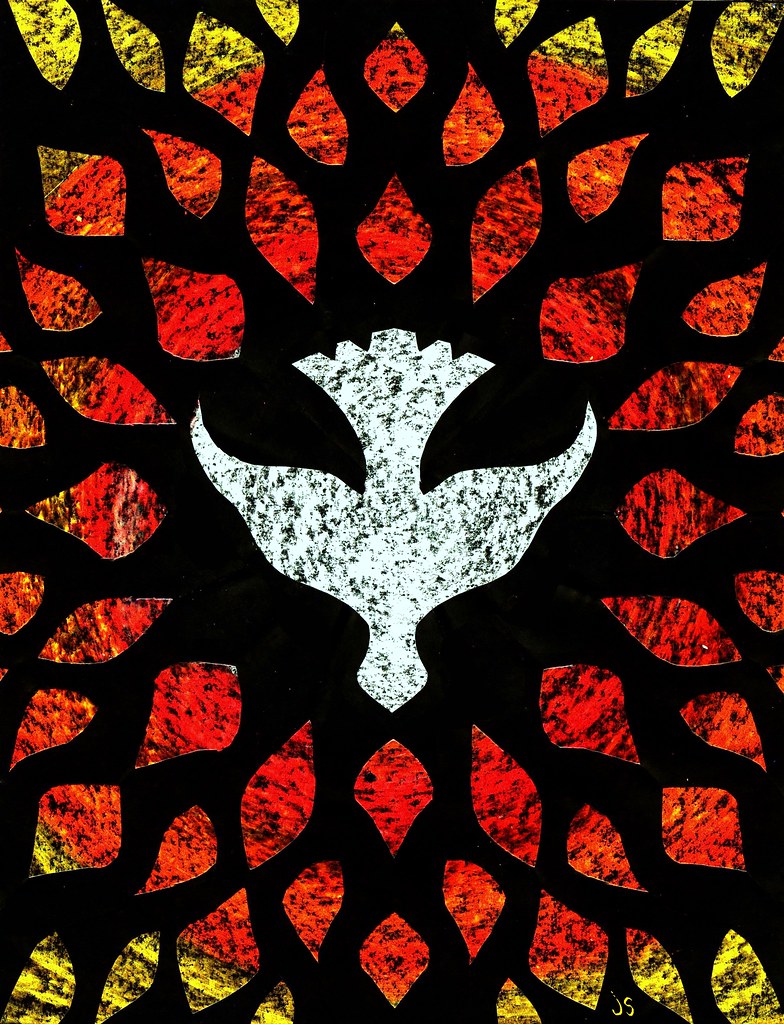