Jesus in the Old Testament

Posted on April 17, 2018 by Saint Barnabas Anglican Church of Seattle

In Luke’s Gospel (Chapter 24) we are told that one of the things Jesus did after his resurrection was to interpret to them the “things said about himself in all the scriptures,” that is, what we now call the Old Testament.  One of those things was doubtless the following from the prophet Isaiah, written hundreds of years earlier:

Who has believed what we have heard?  And to whom has the arm of the Lord been revealed?  For he grew up before him like a young plant, and like a root out of dry ground:  he had no form or majesty that we should look at him, nothing in his appearance that we should desire him.

Surely he has borne our infirmities and carried our diseases; yet we accounted him stricken, struck down by God and afflicted.

But he was wounded for our transgressions, crushed for our iniquities; upon him was the punishment that made us whole, and by his bruises we are healed.

This prophecy deeply impressed the early followers of Jesus.  It was the subject of Philip’s explanation of Jesus’ mission to the Ethiopian court official in the Acts of the Apostles (Chapter 8).  And it is echoed in the first letter of St. Peter (Chapter 2):

If you endure when you do right and suffer for it, you have God’s approval.  For to this you have been called, because Christ also suffered for you, leaving you an example, so that you should follow in his steps.

He committed no sin, and no deceit was found in his mouth.  When he was abused, he did not return abuse; when he suffered, he did not threaten, but he entrusted himself to the one who judges justly.  He himself bore our sins in his body on the cross, so that, free from sins, we might live for righteousness; by his wounds you have been healed.  For you were going astray like sheep, but now you have returned to the shepherd and guardian of your souls.

Jesus said (Matthew 5:17) that he had come not to abolish the Jewish law but to fulfill it.  The early church found this fulfillment in their understanding of how Jesus’ sacrificial death and resurrection had confronted the effects of sin, evil, and death.  These were problems that God had announced he was going to address from the first call of Abraham, who was told that his descendants would be a blessing to all nations.

During the Great Fifty Days, our Bible readings talk about how Jesus’ resurrection ties in with God’s overall plan of helping humanity.  Come and join us! 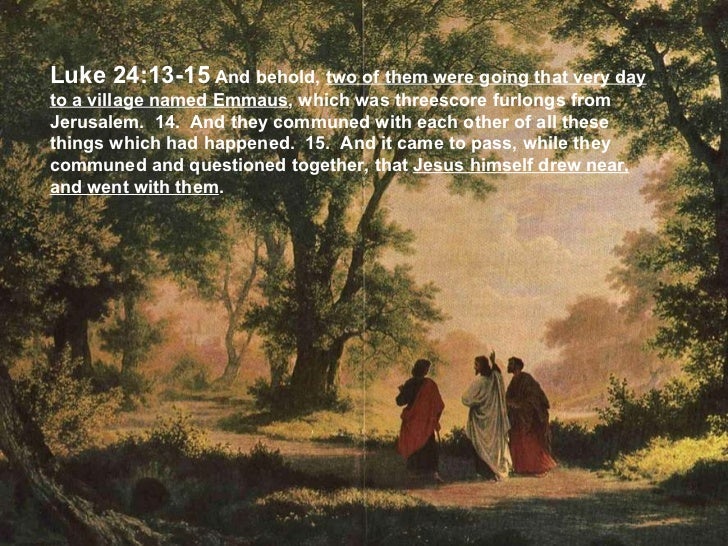