Posted on February 24, 2018 by Saint Barnabas Anglican Church of Seattle

The following Lenten hymn summarizes what Christians think about Lent and why we observe it:

Lord, who throughout these forty days for us didst fast and pray,

Teach us with thee to mourn our sins, and close by thee to stay.

This first verse refers to the forty days during which Jesus, at the outset of his ministry, was in the desert fasting and praying.  As related in the Gospel of Luke, chapter 4, Jesus was tempted to sin as we are, but he resisted temptation.  We are urged to be with Jesus in fasting and prayer and to mourn the times when we gave in to temptations that separated us from God.  For that is what sin is:  actions that separate us from God.

As thou with Satan didst contend, and didst the victory win,

This second verse recalls that when we speak of temptation we do not mean only that we have bad habits or tendencies.  There are evil forces in the world that attack us, and that we, unaided, cannot resist.  Jesus is alive, and he can help us to conquer sin.  The best plan is to ask him for help, and that is what fasting and praying are for.

As thou didst hunger bear and thirst, so teach us, gracious Lord,

To die to self, and chiefly live by thy most holy word.

Our culture celebrates self-promotion: “you can be anything you want to be!”  But this is a false trail.  Our limited abilities and circumstances prevent us from being whatever we want to be .  And given our sinful separation from God, many of the things we want to be end up being harmful to ourselves and others.  That is why Christianity teaches the radical idea of dying to self and submitting to God, who made us and knows best what is good for us.

Yea, evermore in life and death, Jesus! with us abide.

This verse recalls our need to be with Jesus as our source of life and health.  Jesus is alive and ready to help.

Abide with us, that so, this life of suffering overpast,

An Easter of unending job we may attain at last!

This final verse reflects the Christian hope:  after a life overshadowed as it so often is by disappointment and suffering, we long for the new life that Jesus has promised, a life beyond sin, evil, and death, a life that was demonstrated on the first Easter when Jesus rose from the dead.

The text of this hymn was written by Claudia Hernaman, who lived from 1838 to 1898.  She was the daughter of a minister and wife of a minister and wrote over 150 hymn texts, many of them for children.  “Lord, who throughout these forty days” is the most popular of her texts today.  The text is usually set to a tune called St. Flavian, which is a modified version of a tune that appears in John Day’s Whole Book of Psalms from 1562.  John Day was an English master printer who specialized in Protestant works, including a collection of psalms translated into metrical English.  The tune now called St. Flavian was associated with Psalm 132 in his book. The connection may be that the psalm starts off “O Lord, remember in David’s favor all the hardships he endured.”  St. Flavian was a patriarch of Constantinople in the 5th Century who resisted improper demands from the emperor and was as a consequence deposed, exiled, and finally beaten to death.  He is recognized as a saint and martyr by the Eastern Orthodox and Roman Catholics.

This hymn is typically Anglican:  a Victorian text that tells the story of Jesus set to a Reformation psalm tune that is named after a 5th Century martyr.  As we keep a holy Lent, we can rejoice that Claudia Hernaman, John Day, and Flavian are all alive together in Christ. 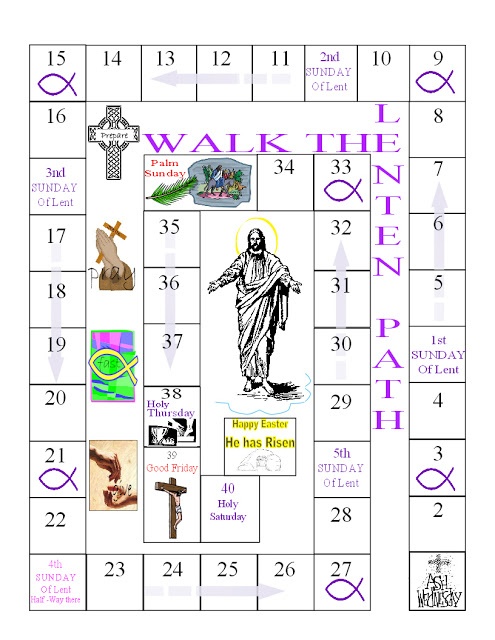