This day in history

Posted on December 7, 2017 by Saint Barnabas Anglican Church of Seattle

We remember the brave men and women who sacrificed all on this day December 7, 1941. “This is not a drill” 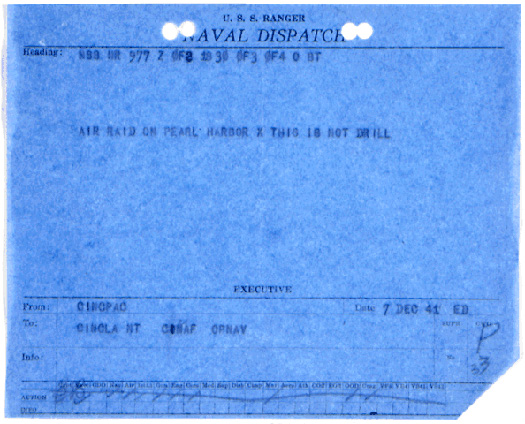 We remember an event and a world at war. We are grateful to all who responded to a call and gave their lives in defense of a nation and of the free world. May God bless the souls of all who lost their lives in that terrible conflict. To learn more about the “a date which will live in infamy” go to this page:

History has more to show us on this day. This day may live in infamy (Pearl Harbor) but it is also a day to celebrate the life of St. Ambrose.  Ambrose was born around 340 A.D., son of the prefect of Gaul, a Roman province. He was afterwards made governor of the province of which Milan (Mediolanum) was the capital.  Milan was also the capital of the western Roman Empire at that time.  In 374, Auxentius, the bishop of Milan, died and there was a problem about naming his successor because (reportedly) Auxentius endorsed what is now called the Arian heresy.  The Arians believed that Jesus was not fully God.  Their opponents, along with the authors of the Nicene Creed (written fifty years earlier), held that Jesus was fully God.  The Arian and Nicene factions argued bitterly about who was right theologically and who should be next bishop of Milan.  Ambrose, in his role as governor, urged the two factions to keep the peace.  To his amazement, both factions decided that Ambrose himself should be the next bishop.  Their choice was particularly surprising because Ambrose had not yet been baptized, though he was studying Christianity.  Ambrose initially declined, but when the Roman emperor (Valens) supported the appointment, he gave in and was baptized, confirmed, and ordained in a single week.  He served as bishop of Milan for over twenty years, much beloved by the people.  He was a pioneer in writing hymns for use during religious liturgies.  He died in 397.