Posted on October 17, 2017 by Saint Barnabas Anglican Church of Seattle

October 31 of this year will mark the 500th anniversary of Martin Luther’s posting of “95 theses” (that is, 95 arguments he wished to defend in public debate) on the church bulletin board at Wittenberg, Germany, where he was a professor of Biblical studies.  Luther criticized the way the Church (based in Rome) was selling “indulgences” to raise money and championed the idea that Christian belief should be based solidly on the Bible and faith in Jesus Christ.  The subsequent public controversy was a prominent event in what we know as the Protestant Reformation.  The Anglican church, of which St. Barnabas is a part, was formed in the Reformation, as reflected in its founding documents and current catechism (about which we are having a series of classes on Sundays at 9:10 am).

1517 was an exciting time.  Leonardo da Vinci was alive, transforming art and technology.  Christopher Columbus’ first voyage to the New World had been only 25 years earlier.  In 1517, Hernan Cortes was preparing an expedition to Mexico, where he would discover the Aztecs.  The first diplomatic mission from Europe (from Portugal) reached China at what is now Hong Kong in 1517.  Erasmus of Rotterdam was working on a scholarly revision of the Bible using Hebrew, Greek, and Latin sources.  William Tyndale had begun his studies that led to the publication of the first Bible translated into English.  The printing press had recently come into wide use in Europe.  All of these events affected one another. 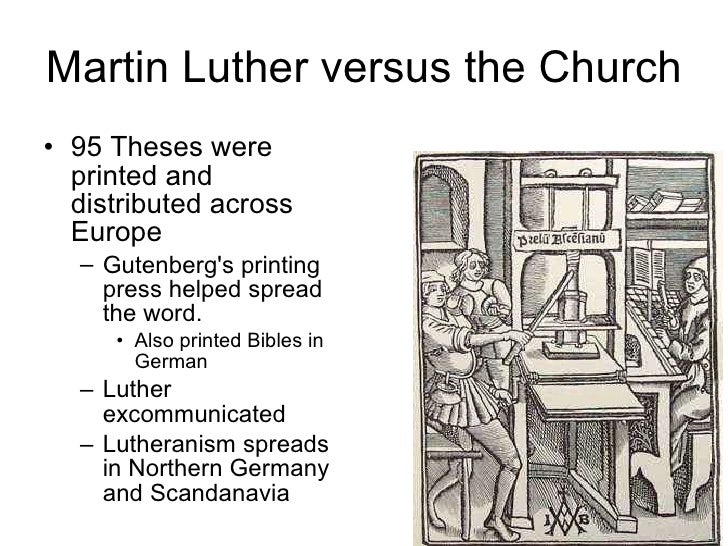 So let us remember and reflect on this an important anniversary to the greater glory of God.