Posted on September 27, 2017 by Saint Barnabas Anglican Church of Seattle

Join us this Sunday October 1, 2017  at Noon for a service of Pet Blessings. We do this in recognition of St. Francis and the great honor we have as caretakers and stewards of our animal companions. We will pray over and bless each animal. If weather is good, we’ll gather outside. If weather is poor, we’ll meet in the Narthex (entry of the church, just beyond the red doors). Every pet is welcome.

Please bring your animals to the pet blessing so they are not forced to drive on their own.

The official feast day of St. Francis is Wednesday October 4, 2017.

Francis, the son of a prosperous merchant of Assisi, was born in 1182. His early youth was spent in harmless revelry and fruitless attempts to win military glory.

Various encounters with beggars and lepers pricked the young man’s conscience, and he decided to embrace a life devoted to Lady Poverty. Despite his father’s intense opposition, Francis totally renounced all material values, and devoted himself to serve the poor. In 1210 Pope Innocent the Third confirmed the simple Rule for the Order of Friars Minor, a name Francis chose to emphasize his desire to be numbered among the “least” of God’s servants.

The order grew rapidly all over Europe. But by 1221 Francis had lost control of it, since his ideal of strict and absolute poverty, both for the individual friars and for the order as a whole, was found to be too difficult to maintain. His last years were spent in much suffering of body and spirit, but his unconquerable joy never failed.

Not long before his death, during a retreat on Mount La Verna, Francis received, on September 14, Holy Cross Day, the marks of the Lord’s wounds, the stigmata, in his own hands and feet and side. Pope Gregory the Ninth, a former patron of the Franciscans, canonized Francis in 1228, and began the erection of the great basilica in Assisi where Francis is buried.

Of all the saints, Francis is the most popular and admired, but probably the least imitated; few have attained to his total identification with the poverty and suffering of Christ. Francis left few writings; but, of these, his spirit of joyous faith comes through most truly in the “Canticle of the Sun,” which he composed at Clare’s convent of St. Damian’s. The Hymnal version begins:

To thee be ceaseless praise outpoured,

And blessing without measure.

Let creatures all give thanks to thee And serve in great humility.

A collect (prayer) for this feast day:

Most high, omnipotent, good Lord, grant unto thy people grace to renounce gladly the vanities of this world; that, following the way of blessed Francis, we may for love of thee delight in thy whole creation with perfectness of joy; through Jesus Christ our Lord, who liveth and reigneth with thee and the Holy Spirit, one God, for ever and ever. Amen. 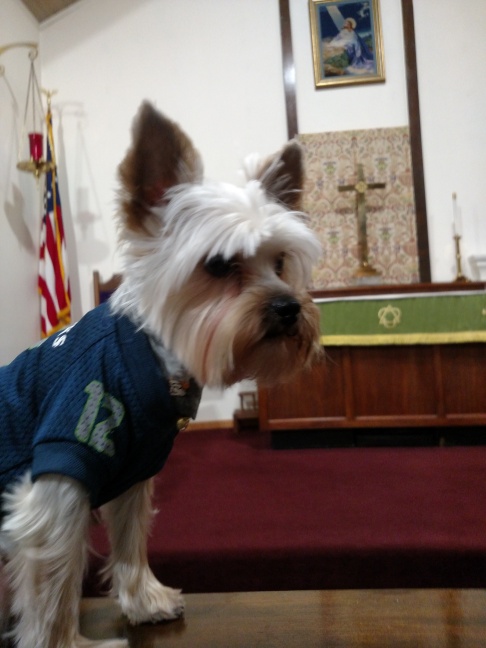