WHO IS GOD? Part 3 (The Moral Universe)

Posted on July 17, 2017 by Saint Barnabas Anglican Church of Seattle

In addition to matter in motion and the forces studied by physicists, the universe contains a moral dimension that it is difficult both to deny and to understand.  It is difficult to deny that we recognize a good deed (a firefighter enters a burning building to rescue a child) and a bad one (a man robs and kills a defenseless person). We claim that people have rights and duties.  We distinguish virtues and vices.  We teach all of these things to our children.

People all over the world and throughout recorded history have remarkably similar views about morality.  Some of these similarities were documented in C. S. Lewis’s book, The Abolition of Man.  They include negative rules like “don’t steal, don’t murder, take no bribes” and positive rules like “respect your parents, help the poor, seek wisdom.”

What are we to make of this similarity of moral outlook through time and across cultures?  Some say that moral ideas are nothing more than emotional or sociologically conditioned responses, subjective rather than objective. Lewis’s book is well worth reading on this subject.  Lewis argues persuasively that the subjective view of morality not only fails to account for the facts of our shared moral understanding, it is actually incoherent.  There is good reason to believe that our moral views reflect something real in the universe.

The idea of a moral dimension to the universe will disturb those who believe that the universe is nothing more than a collection of matter and physical forces that are studied by science, not moral philosophy.  But nearly everyone, particularly those who are dedicated to science, understand that the universe is more than matter and physical forces.  Scientists in particular prize knowledge and free inquiry.  These are, after all, moral values.

How could the universe have a moral dimension?  It is hard to picture, to be sure.  To get a sense of what it might be like, consider other areas of life where we are bound by rules of conduct.  In this family, we sing the birthday song before blowing out the candles.  In court, everyone rises when the judge enters.  On the baseball field, the rules allow seven (or eight) ways of getting to first base.  All of these situations have something important in common: they were created by and are sustained by beings with minds and purposes.  Apart from minds and purposes, it is difficult to see any possible basis for supposing that our actions should be governed by rules.

For this reason, our moral intuitions are evidence – though not yet very clear evidence – supporting the hypothesis that the universe as a whole was created by and is sustained by something with a mind. 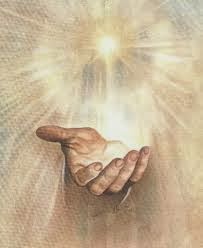